The murder of George Floyd by former police officer Derek Chauvin in Minneapolis this week and the subsequent riots that followed is sickening on all levels. Unfortunately, the US has a history of unjust treatment of people of color and ensuing violent destructive riots. Most of the rental properties that we own and houses that we buy are located in these urban blue collar areas which begs the question…”How does an areas past history of riots affect property values?”

In the 1960s numerous cities in the US experienced violent, race-related riots. Experts have long studied the causes of these riots, but the consequences on the property values have received little attention. Most major cities have low to middle income areas that are plagued by poverty, poor schools, high crime, and over zealous police. These areas are susceptible to riots and civil unrest because of the well deserved deep mistrust of the police in these communities. This anger manifests itself and boils over into a riot when an unarmed human being is murdered by a rogue police officer who is commissioned to serve and protect the very same community he hates.

In my research (Google), I find that the occurrence of a riot had an adverse effect on property values, and that there was little or no rebound during the subsequent decade. The riots appear to have had strong negative effects on property values in the effected areas. Now I’m not an expert in social justice issues by any stretch of the imagination, but one can reasonably conclude that areas that are hit by a riot will have lower property values. These lower property values are a result of lower demand for housing. We buy houses in these areas because they give us the best return on investment in regards to rent to price multiple. 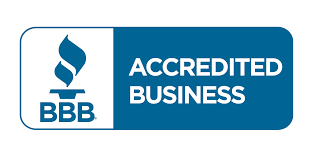 Get Your Fair Cash Offer: Start Below!

We buy houses in ANY CONDITION in TX. There are no commissions or fees and no obligation whatsoever. Start below by giving us a bit of information about your property or call (214) 769-5091 ...